Kirinyaga Governor Anne Waiguru Tuesday night took to Citizen TV to address an array of issues that she is currently entangled in, top in the list being the Building Bridges Initiative (BBI) and handshake politics.

Waiguru also addressed matters pertaining to her administration as a county head, and her position in the seemingly crumbling Mt. Kenya region politics and economy.

Here are the top five revelations that emerged from the Governor’s conversation with Waihiga Mwaura on News Night.

1. Her stand on the NYS Scandal

It is the Ksh791 million NYS scandal, which erupted when Waiguru was Cabinet Secretary for Devolution and Planning, that brought the politician, who is now a force to reckon with, into the national limelight.

It is, therefore, impossible to have a conversation with the governor without addressing her stand on the scandal that brought down her cabinet career.

In her Tuesday TV appearance, Waiguru maintained her innocence on all accusations levelled against her over the loss of taxpayers’ money through fraudulent NYS deals transacted under her tenure, insisting that the issue was heavily politicised.

The governor went ahead to castigate investigative authorities for targeting insignificant persons in their probes into the scandal, instead of unearthing the real masterminds.

“Two years after I left the Government, NYS had a ten times larger scandal of Ksh10 billion. That should tell you that the people who were involved in the Ksh791 Million scandal were still in government and operating,” Waiguru said in self-defence.

2.  Why she participated in Kibra politics

The newlywed Waiguru also corrected the common notion, that her participation in the heated Kibra MP by-election politics in October and November, is an indication that she is in support of ODM leader Raila Odinga presidential candidature in 2022.

The governor, instead, revealed that her sole intention of going to Kibra was in honour of the handshake spirit pioneered by President Uhuru Kenyatta and Odinga.

“That situation brought a unique space that I could actually participate in, in support of the Handshake,” Waiguru clarified.

3. She does not mind the country going into a referendum

Pundits have prospected that amongst the recommendations contained in the highly anticipated BBI report, is that, the country goes into a Constitutional referendum.

BBI opposed factions have cried foul over this possibility, terming it as a sly move by Odinga to amend laws that are currently blocking him assuming the power he so much desires.

According to Waiguru, however, the country going into a referendum should be the least of anyone’s worry, granted the promise of future peace and electoral cohesion that the exercise promises.

4. Fellow politicians are afraid of her replacing Uhuru as Mt. Kenya’s political kingpin

In an interesting exudation of personal confidence, the governor revealed that the reason so many people are out to bring her down is that they fear the possibility of her becoming the next leader of Central Kenya politics, after Uhuru’s exit.

“It seems that in every aspect of your public service you have had to fight a politically instigated battle,” Waihiga commented, prompting Waiguru to reply adamantly that she is not about to give up.

“Politics of succession is causing division in Mt Kenya. Certain people have begun positioning themselves for succession. That is expected in a democracy. The only problem is when we make false accusations so as to become popular…” 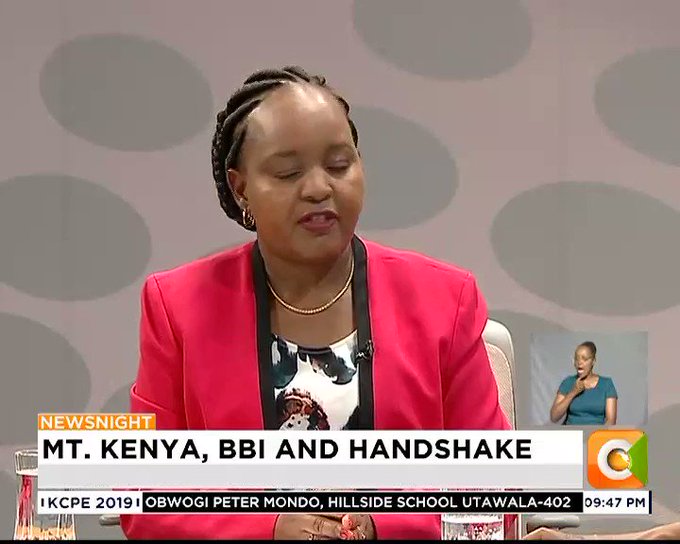 15 people are talking about this

“Some people see me as a front runner in matters succession and that is an issue of interest,” she said.

5. The possibility of an Anne Waiguru presidential candidature in 2022

In the interview, Waiguru was not shy of her future political ambitions, covertly indicating her interest in the most powerful political position in the country.

This is after the show host asked the County Head if she sees herself as a front runner in the 2022 General Election, a question Waiguru responded to with a sly “I hope I am” remark. 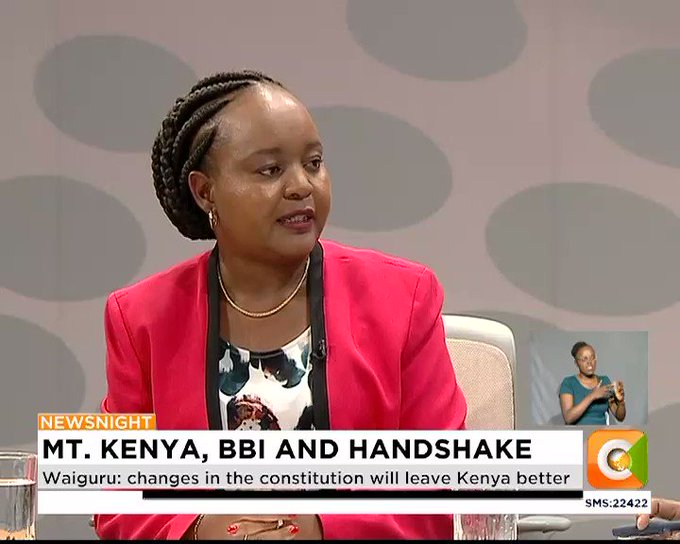 47 people are talking about this

Further, Waiguru did not dismiss the possibility of her being a presidential running mate, saying the looming BBI report, among other issues, might create an array of political possibilities that she cannot dismiss or accept at this time.

Universities in limbo with VCs serving in acting capacity

Pumwani Maternity Administrator Geoffrey Mosiria Omatoke has been on the timeline news for helping the less fortunate in the society.

Nairobi County emerges the top in the Fight against HIV prevalence.

Migori Residents through the County Spokesperson vows not to forget Governor Mike Sonko for his intimate help in 2017.

Kennie Balo- Could Alfred Mutua be the Relieve of the Mathare Huruma Estate?

How to Grow Your Hair Faster Overnight

Fashion Carlos M. Mutuva - January 21, 2020
0
Most hair grows no more than half an inch each month, but it doesn’t mean you can’t speed up the process. Here are the...

News Carlos M. Mutuva - January 20, 2020
0
A video of a pastor exorcising an oral sex demon from a woman has gone viral. The pastor in question is Prophet Ed Citronelli of...

News Carlos M. Mutuva - January 20, 2020
0
A showdown is looming at the University of Nairobi as two factions claiming it leadership meet today. Prof Stephen Kiama, whose appointment as vice-chancellor was...

How to Grow Your Hair Faster Overnight