All is set for the Kirinyaga Governor Ann Waiguru to marry her fiance, lawyer Kamotho Waiganjo.

The much-hyped traditional wedding well known as ngurario is to be hosted at the Kiamugumo Primary school following a private dowry ceremony which was held in February.

However, the days ahead of the governor’s big day have not been easy.

The controversial Governor’s marriage has sparked various reactions with several quarters asking whether she still remains eligible to be Kirinyaga governor.

Waiguru earlier hinted that some people have already started interfering in her personal and private life with politics.

While congratulating the couple for the big move, the controversial Aiboi MP William Chepkut has written;

“I hear today Kirinyaga is wedding Muranga as Kiambu draws water and wash plates at the ceremony. Congratulations Mumbi and Kamotho”.

Waiguru’s wedding is expected to be attended by a big number of guests, including politicians.

“We have received financial support from family and friends and we thank them for that,” said Mr Waiganjo.

“We have invited between 2,000 and 3,000 people including our friends in leadership positions and the residents of the two counties of Murang’a and Kirinyaga. We cannot say at this point who will come or not, but those who will come will be welcomed,” he said.

According to the lawyer, those without the invitation cards will not be sent away, but will have difficulties getting a seat. 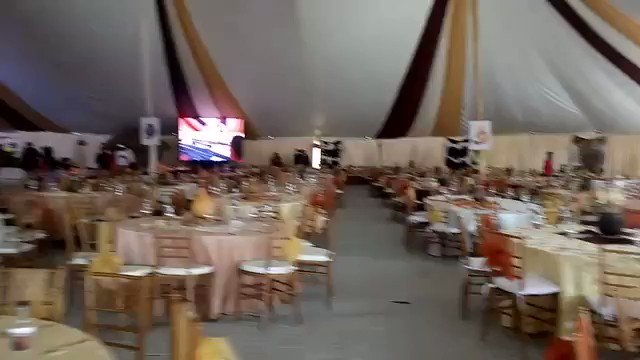 DP Ruto Fires His Communication Aide Emmanuel Talam
Kick the magician out of the party or i resign,Ruto threatens the President
Babu Owino declares winner in the Kibra by-election,threatens to beat Chebukati if results are manip...

READ  Breaking News:Waiguru to be questioned over the supply of killer meet in Nairobi