Several people were on Wednesday morning feared dead after they were involved in a grisly road accident at Matutu – Nyaronde, along the Sotik-Keroka road.

The accident involved an Isuzu canter and a 14 seater matatu.

Nyamira county commissioner Amos Mariba confirmed the incident and said the exact number of people dead is yet to be ascertained.

However, by the time of going to the press, an unconfirmed report indicates that four people have died.

According to one social media user identified as Abuga Makori, illegal tax colletors from Nyamira County are purely to blame for the accident.

“We have lost four lives at Nyaronde along Keroka-Sotik highway due to illegal roadblock installed by tax collectors from Nyamira County.

“These collectors take time negotiating for bribes from matatu operators. They act with Impunity!” he tweeted.

The incident comes a week after the transport authority released a survey indicating that cases of accidents had increased in 2019.

According to the National Transport and Safety Authority(NTSA) report released on November 18th, more Kenyans had died in 2019 than in 2018.

Pedestrians were most hit with 1201 deaths.

We have lost four lives at Nyaronde along Keroka-Sotik highway due to illegal road block installed by tax collectors from Nyamira County @DCI_Kenya @EACCKenya @NPSOfficial_KE. These collectors take time negotiating for bribes from matatu operators. They act with Impunity! 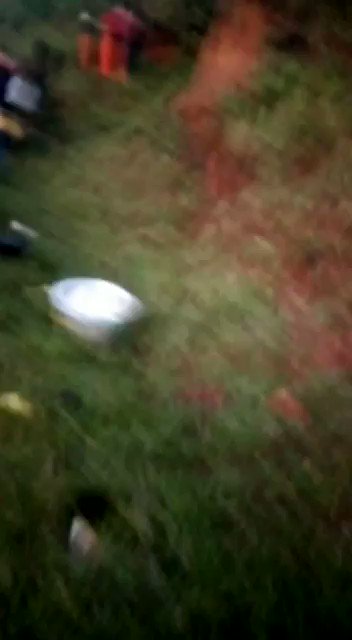 Taiwan unveils Asia’s first draft law on same-sex marriage
Why it’s not rosy for freighters during Valentine’s Day fete
I'm a man who was raped by Alice Wahome, a woman twice my age, narrates a terrified young man

Changes as Barclays rebrands to Absa