It is Wednesday already. It looks like it is going to be very cold as some parts of the country have already witnessed some rain. If you are still in the house, dress warmly before leaving. We will also try as much as possible to keep you warm with the hottest stories of the day.

Here are the stories making Headlines on Opera News: 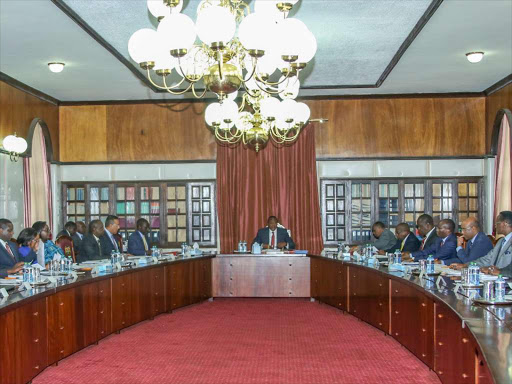 There is no doubt that Fred Matiang’i is the face of the Jubilee government. Some people called him Super Minister or Chief Minister. And it seems President Uhuru Kenyatta recognises the importance of his Interior CS as he has now delegated him with the task of chairing weekly Cabinet Meetings. In other words, the other CSs have to answer to him. How big is that?

“The Cabinet meetings [are held] weekly under Matiang’i to assess the implementation of all government agendas. The President only chairs the meeting when there is a major issue like the budget or a crisis,” a CS confided.

Waititu and Family to be Charged with Corruption

Mtego wa Panya huwashika waliomo na wasiokuwemo! This famous Swahili saying is the best description of the predicament facing Kiambu Governor Ferdinand Waititu. DPP Noordin Haji has approved corruption charges against Baba Yao, as he is fondly called by those who know him.

Also facing charges is the governor’s wife, Susan Wangari Ndung’u, and their daughter, Monica Njeri. Possible charges include engaging in fraudulent procurement, willful failure to comply with the law relating to procurement and money laundering.

I warned Arunga About her Husband-Hellon

Former TV Journalist Esther Arunga may spend the next 25 years in prison after she is sentenced in an Australian court on Thursday. On Monday, Arunga admitted to having lied to the court to protect her husband from being charged with the murder of their son in 2014.

But things would have been so different if Arunga had listened to Pastor Joseph Hellon who has warned her about marrying Quincy Timberlake whom he described as a con man and cyber-criminal.

Sudi : We will not allow Raila and Uhuru to burden Kenyans with loans
Steve Mbogo vows to liberate Starehe from "incompetent drunkards".
DCI on the hunt for duo filmed sharing a smoke with minor